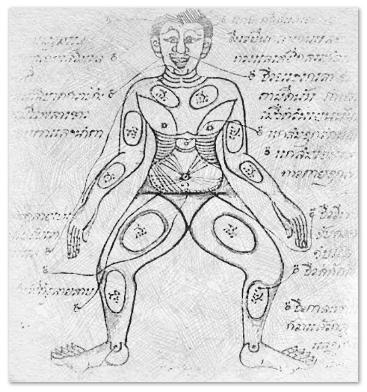 The whole theory connected to the Traditional Thai Massage focuses on two main aspects: the theory of the  Sen Sib  - the ten major "channels" - and the Lom.

The Thai traditional medicine teaches that the body is crossed by the Sen Sib  through which the Lom  flows, or the "vital wind", an essential health determinant. If the Lom  is blocked and cannot freely run through the Sen Sib , if it is too slow or too fast, a functional deficit is developed with a consequent disease occurence.

The purpose of Thai Traditional Massage is to unblock and improve the Lom flow: by pressing with the fingers, the palms of the hands, the elbows, the knees and the foot a direct action is made on muscles and bones; everytime tissues are compressed the result is the stimulation of the cell oxygenation, a vital source of energy and consequent relaxation.

The characteristic of the Thai Traditional Massage is the alternation of stretching and mobilisation during which the receiver is completely passive: Thai stretching techniques stimulate at the deepest level the musculo-skeletal system, joints included, nerves, ligaments and the lymphatic system, for the benefit of many bodily functionalities. 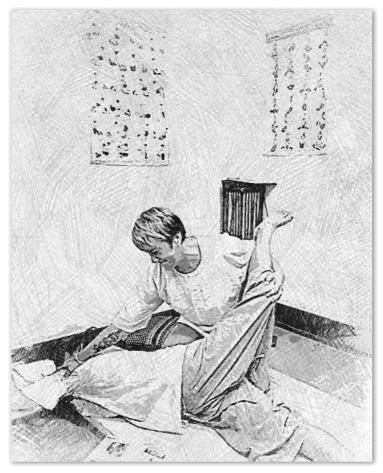 A session of Thai Traditional Massage.

Observing giver and receiver during a session of Thai Traditional Massage, one may have the sense as looking at a harmonic dance, performing Hata Yoga postures. Mutual trust and confidence gradually grow at a deep level between giver and receiver, allowing abandonment to the global physical and mental approach.

Please wear comfortable clothing to keep warm the muscles and that allow freedom of movement. Oils are not used during the massage, which is performed on a mat on the floor.

One session of Thai Traditional Massage can range from half an hour to two hours, depending of the area to treat and the results to achieve.

It is strongly advisable to avoid getting a Thai Traditional Massage on a full stomach.